Yesterday, in the peaceful simplicity of dusk I watched some birds entering into sleep. Two of them, blackbirds, had been chasing each other through the copse in front of my apartment, hopping and skipping through the branches with much flapping of large wings. Then they settled and rested, first one and then the other, on a branch that looked frail as it rocked and rolled in a fresh wind high up in a leafy old oak. I thought of the primordial breath of life that has been blowing in the wind all these billions of years. At sunrise this morning, a thrush was awake and calling, his song falling from the sky as others joined in. The wind was no more and the blackbirds were gone from the branch and out of the tree where, presumably, they had roosted in the darkness and under the stars. In the quiet morning sun, green shoots of new life were sprouting as if in response to the breath of a hidden God. Nature in springtime, a thing of beauty and a joy.

‘We humans are related to everything in our universe, and we’re connected with everything that existed going back to its birth some 13.8 billion years ago,’ writes ecologist Sean McDonagh in the foreword of a new book (1). By and large we humans have not been aware of this organic unity until only very recently. Poets and mystics have been trying for millennia, mostly in vain, to draw our attention to this. They are often ahead of the game when it comes to seeing reality, though there’s a growing awareness today about the role of  the cosmos in spirituality. An unfortunate outcome of humanity’s blindness is the sorry state of our planet and the resultant misery visited upon millions of its inhabitants today (2).  I grew up in rural Ireland and surrounded by the beauties of the countryside and, like everyone else, saw the natural world and indeed the whole cosmos as a resource external to me and given for our use and benefit to make us wealthier and more powerful (3).

The Spirit of God breathes through the mill of our human experience whether it be of other living beings or nature itself (4). Jesus was not only about salvaging humankind, he was about transforming the cosmos and nature as well. This is one of Christianity’s best kept secrets. ‘The Spirit is already present in the natural process of evolution; it is we who are absent and inattentive to the ongoing presence of the Spirit’ (4).  Irish poet Seamus Heaney reminds us that the dormant and inner self can be caught off guard, momentarily and unexpectedly awakened to something beyond  (5).  The 11th century Hildegard of Bingen once described prayer as ‘inhaling and exhaling the once breath of the Universe’ (6).

If Christianity has a master idea, it is co-inherence or mutual indwelling with Christ. We are ‘in Christ’, members of his Risen Body, other Christs. His eternal life flows through us. Franciscan writer Richard Rohr points out that St. Paul summarises his corporate understanding of salvation with the shorthand phrase ‘in Christ’, using it more than 100 times in his letters. Our living of the faith, our care for the earth and everything in it, as well as everything else Jesus asks his followers to do, must flow from this reality and be imbued with it, for this is who we are. 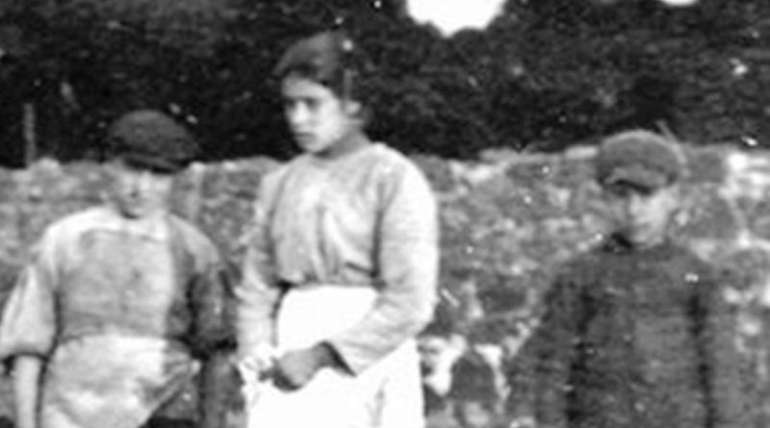 END_OF_DOCUMENT_TOKEN_TO_BE_REPLACED

Palm Sunday – Beyond the Veil