Unlike Lent, Advent is not a penitential season but one of “hope, longing and joy,” writes Kieran O’Mahoney OSA. These two middle Sundays of Advent present us with the person and mission of John the Baptist. John called people to be washed in the waters of repentance for the forgiveness of sins. He was not preaching to criminals and hardened sinners but to Pharisees and Scribes – good church-going folk, so to speak, who kept the Law of Moses and the Commandments.  He wanted them to be spiritually ready for something more: to accept Christ. To lead us in that same direction today, Advent invites us take on board the reality of the Word becoming flesh, the Incarnation of God. God has already come and taken our flesh, but in many ways the reality is still only dawning on us, still only seeping into us, still only beginning to unfold its meaning for our lives. Our belief that God became man is a good start, but until we experience what it means to be inwardly transformed we will remain untouched and unchanged in our everyday lives – Cf. Isaiah 26:13.

John wanted people to give expression to their desire for a change of heart by opting for a symbolic baptism in the same river the chosen people had crossed so long ago as they came out of the desert and entered the land “flowing with milk and honey.” John called them to a spiritual awakening, to another way of seeing and thinking – in a word to “repentance”  What was it about the Baptist that attracted followers? Pope Francis reminds us that people are not argued into believing but attracted by believers. Jesus didn’t offer a doctrine, a theology or a set of beliefs. “Come, follow Me” was always his invitation, and always will be. Jesus offered spiritual transformation. Go, sell what you own and give the money to the poor and you will have treasure in heaven; then come, follow me. John’s voice still cries in the wilderness of our lives: “Prepare a way for the Lord, make his paths straight.”

I remember hearing the podcast of a radio interview from many years ago. The speaker had been held in a Nazi concentration camp. He was asked if there were any happy times there and, after a lengthy pause, he said, “Not happy times…but there were some beautiful moments.” He went on to explain that moments of great beauty happened in the worst moments of horror: when a child would be taken from its mother and the women would gather round and sing in their own language some of the psalms from the Bible. Everyone heard the singing. There was a deep and strange beauty in the sound, in that effort to comfort, because it went beyond what was superficial and penetrated the soul. In the sub-zero temperatures of winter many froze to death, their clothing being mere strips of cloth. The men would put their bodies around the one with the most frostbite and hold him gently, enfolding him in the warmth of their own nakedness. In those times of great horror and sadness the presence of God came, bringing people together in grief and sorrow, in need and desperation, to nurture one another and give each other life.

Mary’s ‘Yes” to the angel Gabriel at the annunciation was more than the result of a reasoning process or an on-the-spot ethical choice. The encounter captured in a moment the essence of who she was: “Hail, favoured one! The Lord is with you.”  This awakening gave her life a decisive direction and a new horizon. Hope, longing and joy would have marked her journey to visit her kinswoman Elizabeth in the hill country of faraway Judea. Conception had occurred and as God was with Mary on her trip south so he is with us as we journey through Advent and through life itself. In the midst of the horrors of our time – Covid-19, climate change, worldwide political and social unrest, millions on the run from terror, starvation and death – we can still find the presence of God’s transforming Spirit, moving through the actions of those reaching out in compassion and care.  May we be counted among them.

END_OF_DOCUMENT_TOKEN_TO_BE_REPLACED 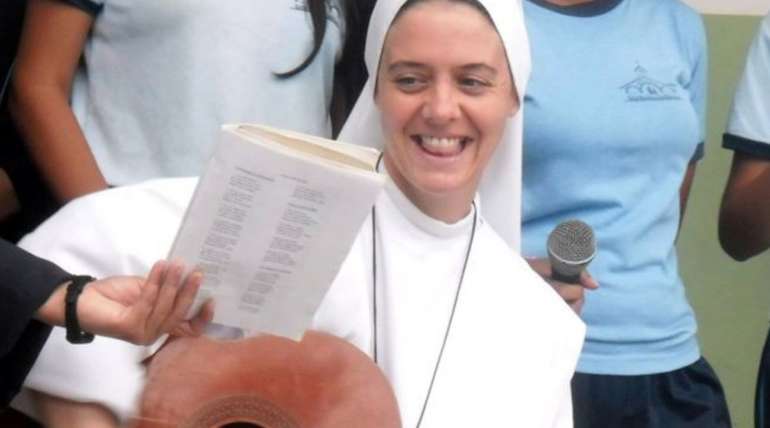 24th Sunday B From Clare to Christ