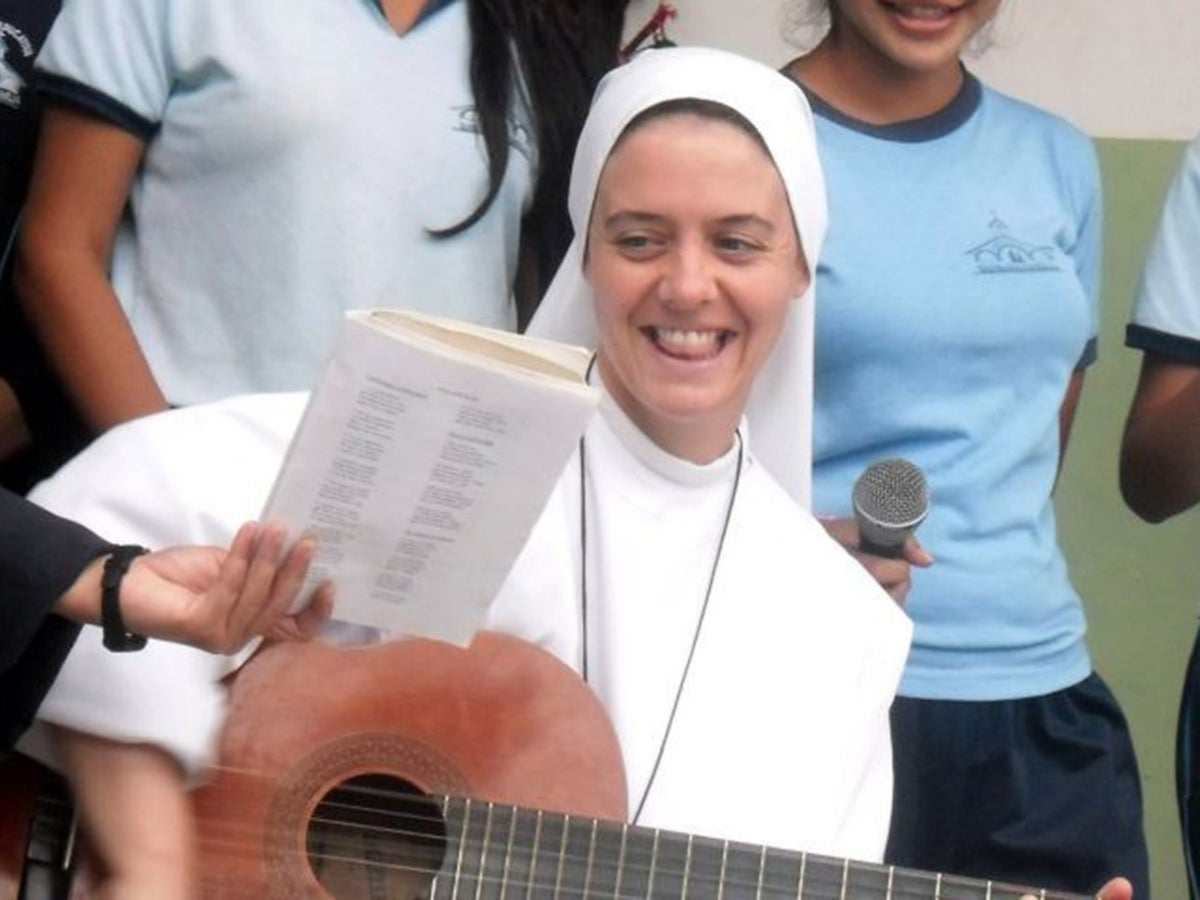 Sister Clare Crockett, a Derry born Catholic nun and one-time budding and talented actor whose ambition in life was to be a Hollywood star, died in an earthquake in Ecuador in April 2016. The school building from which she was rescuing children collapsed, killing her and eleven of her young charges. She was 34 years old and had been a Religious for thirteen years when her life was snuffed out. In the biographical  ‘Alone With Christ Alone’ Kristen Gardner describes the enviable joy that permeated Sister Clare’s life as a nun (1). Her conversion from a worldly life, values and plans began on Good Friday when she was about 18.  While in a church and looking disinterestedly at the crucifix she experienced a sudden and unexpected encounter with Christ. She felt internally changed by the intense love that seemed to come from the figure on the cross. She felt his closeness and reality as never before. Her sense of religion until then had been casual and careless. Her values and plans for the future, which were large and worldly, evaporated in the days that followed and were replaced by the reality of Christ and the joy of knowing his love.

Clare was captured mind and heart by Jesus Christ who, out of the blue and in a matter of minutes, became everything to her. Until that day, she had been an upbeat practical joker of a person whose life was borderline wild and certainly not religious in tone. But from that Good Friday onward her natural good humour and optimism were transformed to a depth and a level of joy that was out of this world. She continued to indulge in pranks with family and friends, smiling and laughing unendingly, even as she boarded a plane in Belfast a year or so later to join the Servant Sisters of the Home of the Mother. She herself thought her new feelings would pass over maybe in an hour or two, certainly in a few days. Her family and friends were convinced Clare was going through a phase and that she would be back to her old self soon enough.

Who do you say that I am? In her years as a nun, Clare would have heard often these words of Jesus in this Sunday’s Gospel. For her he

was someone who was alive and indescribably real and actual; he lived within her. She loved these words of St. Paul to the Galatians,  I live now not with my own life but with the life of Christ who lives in me – 2: 20. The intensity of the initial encounter on that Good Friday gave way in time to a certainty and conviction that grew and developed with the years, despite much dryness and aridity in prayer. She was possessed by a charism of joy and generosity that attracted others. Young women followed her like a pied piper, and she loved to sit in their midst with a guitar, teach them song after song and talk to them about Jesus and God’s love. ‘All or Nothing’ is a movie about Sister Clare that’s on YouTube.

Who do you say that I am?  This is a question that’s meant to be answered not in words taken from a catechism or from a theology lecture but from our human experience of the significance of Christ for everyday life. Australian theologian Gerald O’Collins SJ writes that “Revelation is not primarily the disclosure of hitherto unknown truths about God, but knowing or experiencing God rather than knowing about God” – THE FURROW, September 2021, p. 84.  Jesus opened the eyes of the blind so they would recognise through their healing who he was. He invites us all, whether we know about him or not, to look with the eyes of faith and recognise him as for the first time. The experience would determine how we live and deal with ourselves, with one another and with life – a latter day form of denying ourselves, taking up the cross and following him.

When I stopped living for myself I found peace.