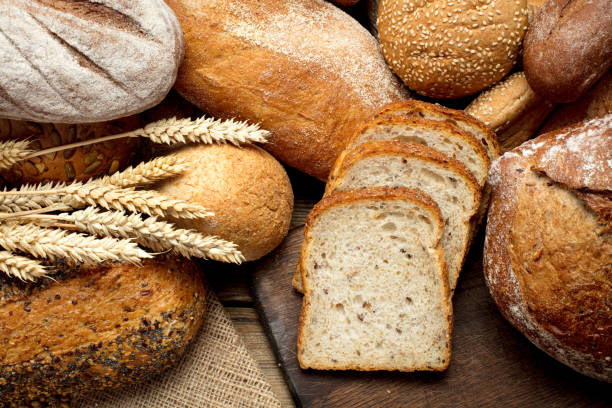 I was down on the bridge over the Dodder the other morning and watched a Kingfisher perched on a low branch spot its prey, dive and emerge dripping from the waters with its breakfast of fish firmly caught in its bill. What a sight to see it return to the same low branch, give its head a good shake and then fly away with the glistening catch of the day firmly in its grip. I wondered if a couple of hungry chicks were waiting somewhere upstream for mother hen to return with something to keep them alive. “The eyes of all look to you, and you give them their food in due season. You open your hand, satisfying the desire of every living thing” – Psalm 145:15-16.

There’s nothing as mouth-watering as the smell and taste of freshly baked bread. Some two hundred loaves of fresh sourdough were delivered every Thanksgiving Day morning to our parish church in San Francisco and placed on tables in front of the sanctuary. The church was filled with the unmistakable aroma of an artisan bakery. People arrived with broad smiles and each family was invited to take home a loaf at the end of Mass. The bread was blessed as people held up bottles of wine for the blessing, along with non-perishable food which had been collected for the poor earlier in the week. Large numbers of Americans go to church on Thanksgiving Day, and the feeling during Mass is warm and familial. Afterwards, outside in the sunshine, people dally and visit and chat in the upbeat and generous atmosphere. What an inclusive celebration of the Eucharist!

“The bread that I will give is my flesh for the life of the world.”  Jesus is not just the word of God, enlightening hearts and minds. He is the Word made flesh. He comes to give himself to the world as he is, as a friend – a vulnerable and heartfelt friend – but through his flesh. Friendship implies equality and mutual vulnerability. Jesus comes to us not in power like a gangbuster, but as the powerless one, the one defined by weak human flesh. The bread he offers is his flesh, his weakness and vulnerability. He made himself vulnerable to children and accepted the ministrations of a sinful woman. He asked the much married woman at the well for water, and the dodgy Zacchaeus for a meal. On the cross he was so human, so much flesh and vulnerability, that he accepted words of encouragement from a convicted crook. We give life to others when we share the bread of our weakness.

“Whoever believes in me has eternal life.”  In John’s Gospel, to believe in Jesus is to be in a relationship, an ongoing realisation and discovery of who he is. The experience captures and changes the believer. Johannine scholar Sean Goan says that to believe in Jesus is to come alive with a life that never ends, eternal life. To have it is to never hunger. It affects who we are and what we do with our lives. It’s like knowing someone loves us and wants to get to know us more. “I came that they might have life, and have it abundantly” – John 10:10.  We come to this life through believing in Jesus who offers his flesh for the sake of the world. With the change in language from bread to flesh there will be a shift in meaning towards a reflection on his death on the cross and the Eucharist. This Gospel has layers of meaning and great depth.

END_OF_DOCUMENT_TOKEN_TO_BE_REPLACED

2nd Sunday of Lent – They Saw His Glory