Matthew, Mark and Luke have variations of the story of Jesus not being accepted in the Nazareth synagogue. What hardened the people’s hearts against him? Was it small town jealousy of “local boy makes good”? A short answer could be that he disturbed his neighbours in the synagogue much like he disturbed those who eventually had him crucified.  The incident is a kind of metaphor of his final rejection in and by the world – “He came to his own domain and his own people did not accept him” – John 1: 11. Dominican theologian Albert Nolan points out that Jesus’ mission and preaching turned the world of his day upside down. His preaching in the synagogue was probably not the comfortable message they were used to. “He took the values of his time and turned them on their heads. He was busy with a social revolution that called for a deep spiritual conversion”  (1).

Jesus’s sayings, especially those that were collected into the Sermon on the Mount, were subversive of almost everything his contemporaries took for granted. He spoke of turning the other cheek instead of taking revenge, of loving one’s enemies instead of hating them, of doing good to those who hate you, of blessing those who curse you, and of forgiving them all seventy times seven. This would have been disturbing to many who heard it. Even worse was what he had to say about the rich and the poor. The common assumption was that God had blessed the rich with wealth and that they were the fortunate ones. Jesus would proclaim the very opposite. “Blessed are you who are poor!” The rich are to be pitied because it is they who will find it difficult if not impossible to sell what they have, give to the poor and live in the kingdom where everything will be shared (2). 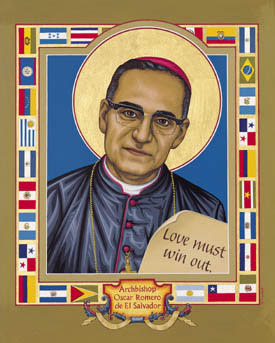 The biblical prophets in general were the mouthpieces of God. They spoke his word. More often than not the prophets spoke words either of hope to the afflicted or judgement and condemnation to those who exploited the people, especially the poor. “Broadly speaking, the prophets of the Old Testament were not acceptable to the people because they challenged the conventional wisdom and the “usual” way of seeing things. Sometimes the prophets were not only rejected but also persecuted and even put to death” (3). Jesus was the greatest prophet, and he paid a terrible price. All the baptised are called and commissioned to share his gift of prophecy, i.e. to observe, judge and act. And sometimes a price will be extracted, as in the case of St. Oscar Romero who spoke out against and condemned his government for cruelty and grave injustices

Jesus, we are told, was “amazed” at the lack of his neighbours’ faith. These people had become imprisoned in what was familiar to them about Jesus, and he was offering something new. Familiarity closes the mind and heart to what’s new and unfamiliar. The Samaritan woman at the well in John chapter 4 was focused on the old ways of drawing water – “you have no bucket” – and was was deaf and blind to an offer of water from Jesus. Likewise Nathaniel’s innate suspicion of Nazareth people – “Can anything good come from there?” – rendered him unready for the revelation of faith that Philip was directing him towards – John 1: 43-46. The Samaritan woman and Nathaniel were blocked by the comfortable and familiar. Something prevented them from seeing and stepping beyond the ordinary and the usual. Albert Nolan noted that “faith releases within us a power that is beyond us” (3).

Pope Francis, like Pope John XXIII more than sixty years ago, is calling the Church to new ways of being Christ in the world. There are many old traditions that prevent us from recognising the new face of Jesus. The post-resurrection stories in the gospels, where people initially failed to recognise Jesus, were probably put there to as an invitation and a challenge to the early communities to see and foster a new Kingdom of God.